Scouting activities carrying on under the restrictions advised by the Scout Associates (Scouting HQ Regulations) and where we can we will invite new members from our joining list and will look to bring the section back up to fuill strength as soon as we can.

In 1946 Abbots Langley Rover Scouts were asked to make a special survey and a report of a path north east of Bedmond by the local field path association. So on Friday 27th December in 1946 (not technically boxing day) a handful of Scouts undertook this request.

After much discussion and persuasion the first organised walk took place on Boxing Day 1950. Starting from Cecil Lodge, Love Lane, Abbots Langley across the fields through Tenements farm to the Holly Bush in Potters Crouch covering 3 miles. The instigators were Fred Dobson, Frank Hoadley, Jack Gentle, Colin Flint and Jack Botwright - as a way of getting the Rover Scouts out for fresh air after Christmas day's indulgences. 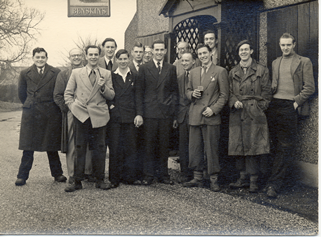 In the early days only men were allowed to go and there was a traditional game of Cricket played on the dartboard and a few pints paid for out of the "kitty" that Fred Dobson collected at Kitty corner. These days this honour falls to Dave Gray (on his 28th consecutive walk) and here the group now pause to take the traditional photo on the mount, making sure the sign post is turned the wrong way first.

The walk still starts at 10.30am sharp and arrives to coincide with the opening of the Holly Bush P.H.. Back in the day closing was at 2pm sharp. Then the walk carried on through the lanes to Bedmond village, down Bedmond Road and finishing back in Abbots Langley. In more recent times when the opening hours altered the walkers also stopped at the White Hart Pub Inn and The Bell P.H. on Bedmond Road before returning home. 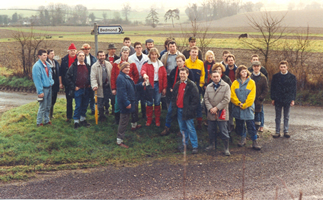 Members taking part have gradually increased in number over the years. When Venture Scouts opened its doors to girls it was inevitable that girls/women would want to be on the Boxing Day walk. No formal invite was made but when the first young female Venture Scouts came of age they were the first to join this male only walk in 1986. This was under the proviso that they joined in with the traditions of the walk and one of these was only drinking pints of beer. However the ruling was bent slightly as pints of Cider were introduced for the female palate. Two of these first girls still regularly partake in the walk and many of the female walkers still carry on the tradition of drinking only pints! Another tradition was wearing a festive hat - this seems to have fallen by the way side but maybe this could be resurrected.

However one tradition, which is still strong and upheld upon our arrival at the Holly Bush, when partaking in our first drink - the toasts are always to the Queen and to "absent friends" where we think of those who are unable to join us or are no longer with us.

Now, it was back in 1961 that Fred Dobson first documented that singing took place within the Boxing Day proceedings. Traditionally the first song is always Yonder Blackbird as it mentions the Holly Bush, and a few Christmas Carols follow this. Next is "Down by the Station" a rendition now performed by Nicola Trotman (one of the first female walkers) who inherited the honour of leading the song after her father Butch passed away and she is accompanied by all the ladies, complete with hand gestures.

At some point during the proceedings Bib Butcher (in his 48th consecutive year) sings his tribute to Rule Britannia - the chorus is normally accompanied by the rest of the group standing up to raise their glasses while enthusiastically singing along.

Other favourites sung are Pete Linskey's music man, performed in a variety of ways each year by Steve Flowers(in his 36th year), who inherited this honour after Pete died. A rousing chorus of Jerusalem is sung along the way, producing a tear or two in pride and remembrance. And it wouldn't be the same if we didn't have a few "Oggy's" and "Bravos" along the way started by Kevin Fancourt (on his 37th consecutive walk).

These days walkers comprise of current members of Abbots Langley Scout Group along with their friends and family. In more recent years we have been fortunate enough to be joined by 3 generations of one family. If you are interested in joining us on future Boxing Day walks or knowing more about Abbots Langley Scout Group and especially about the Scout Active Support Section please look us up or contact us 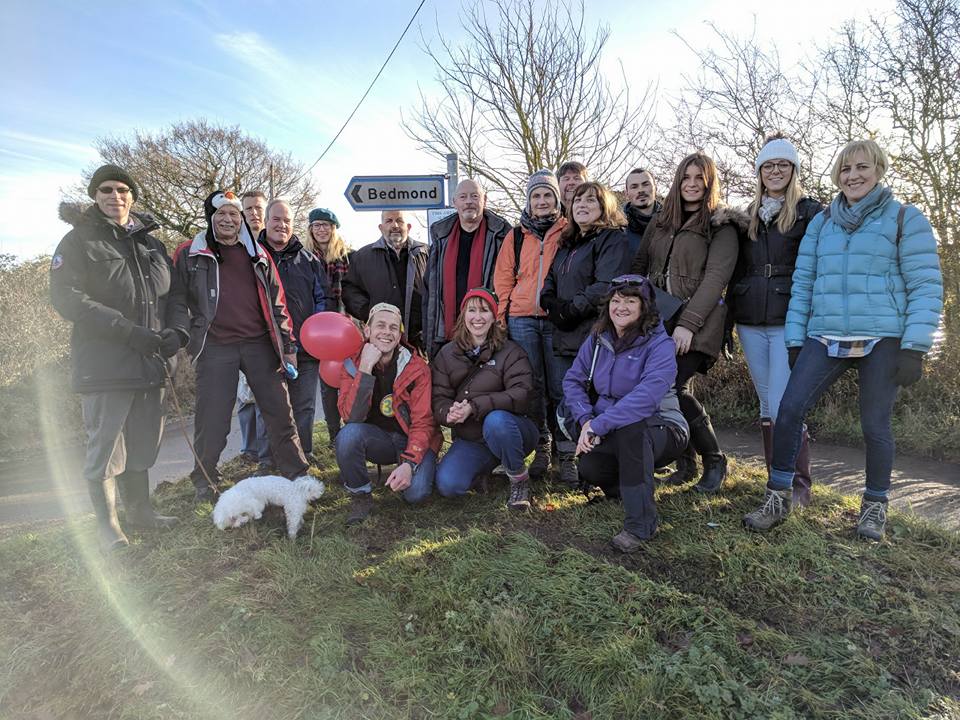 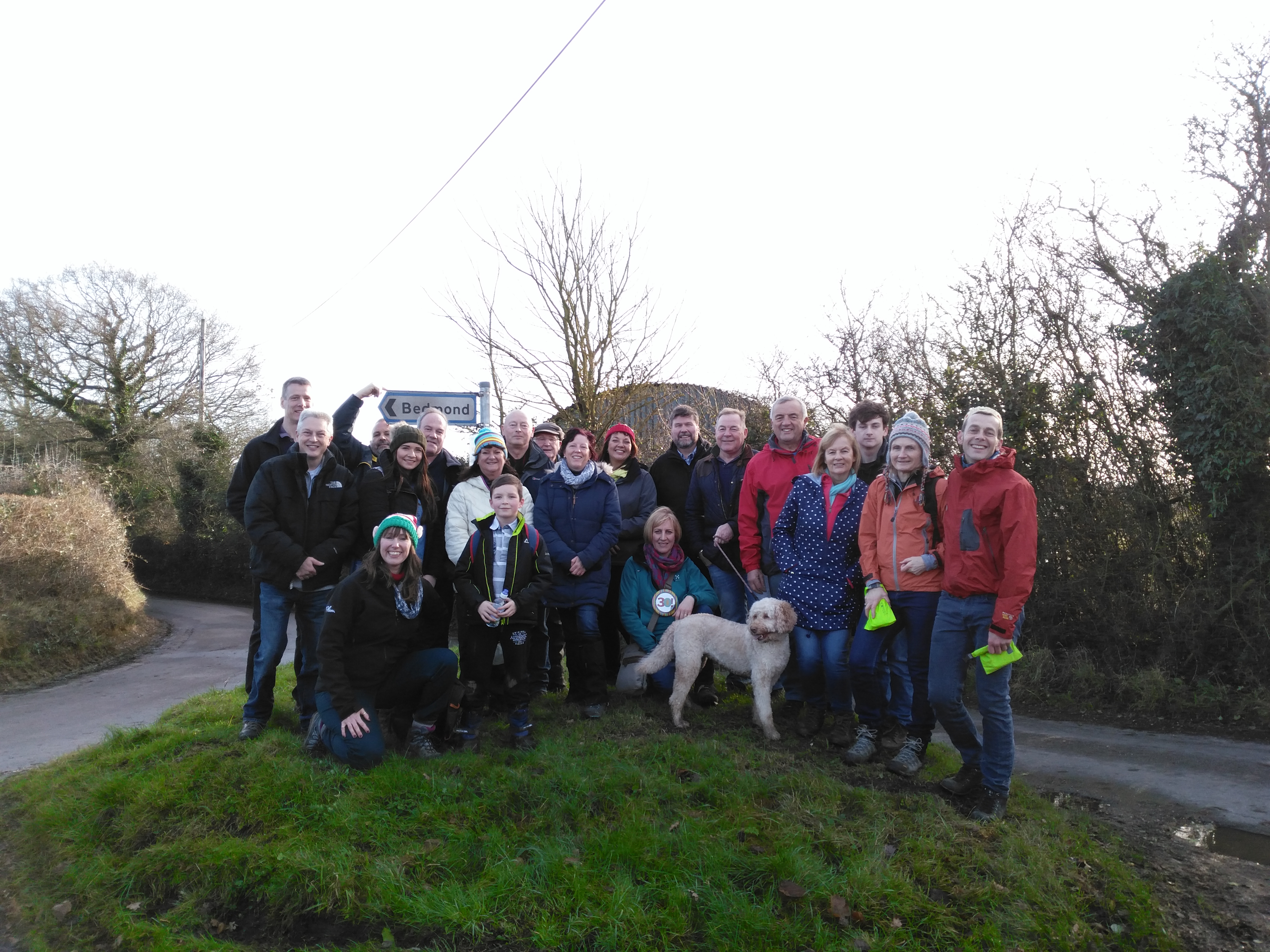 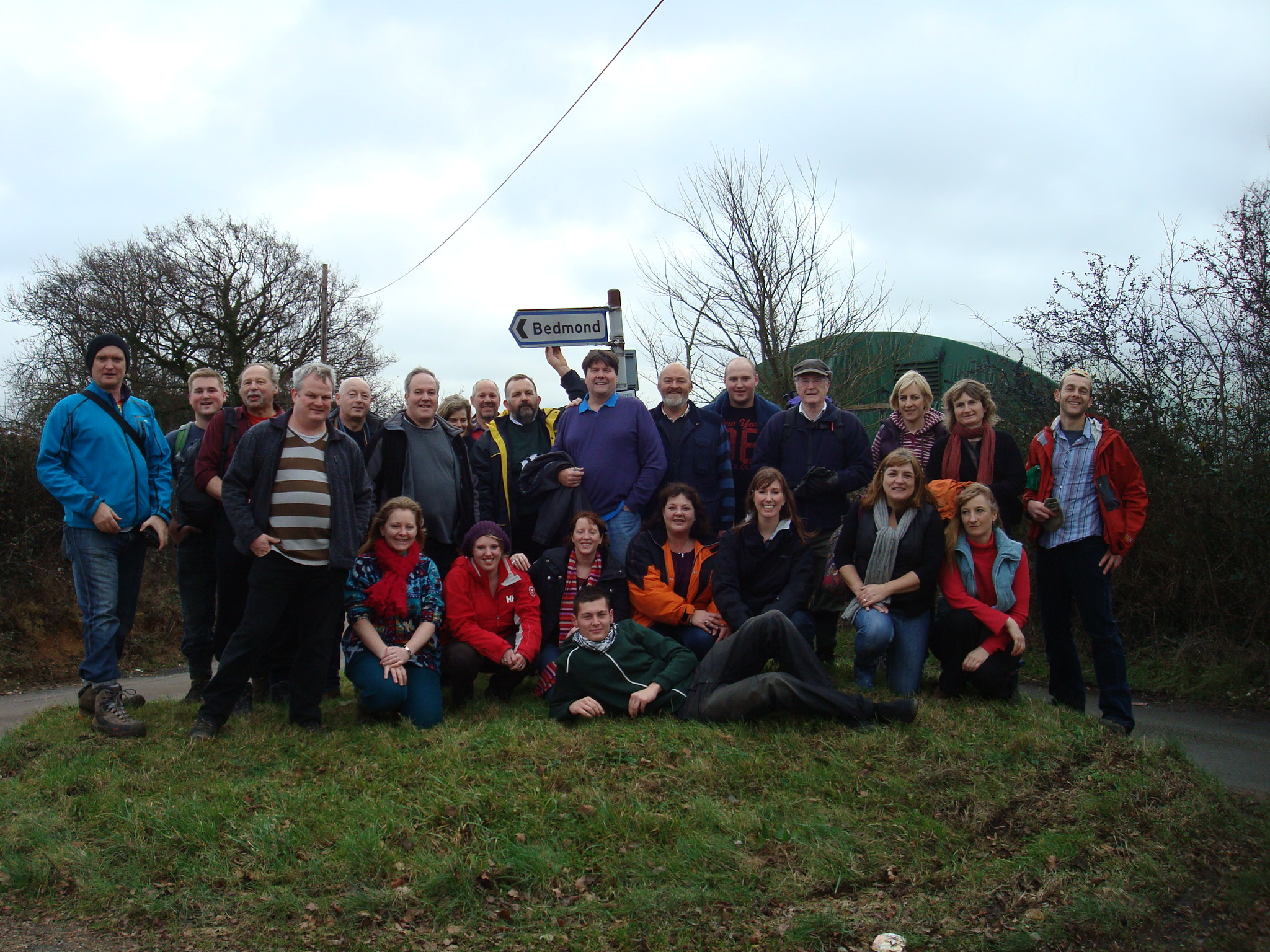 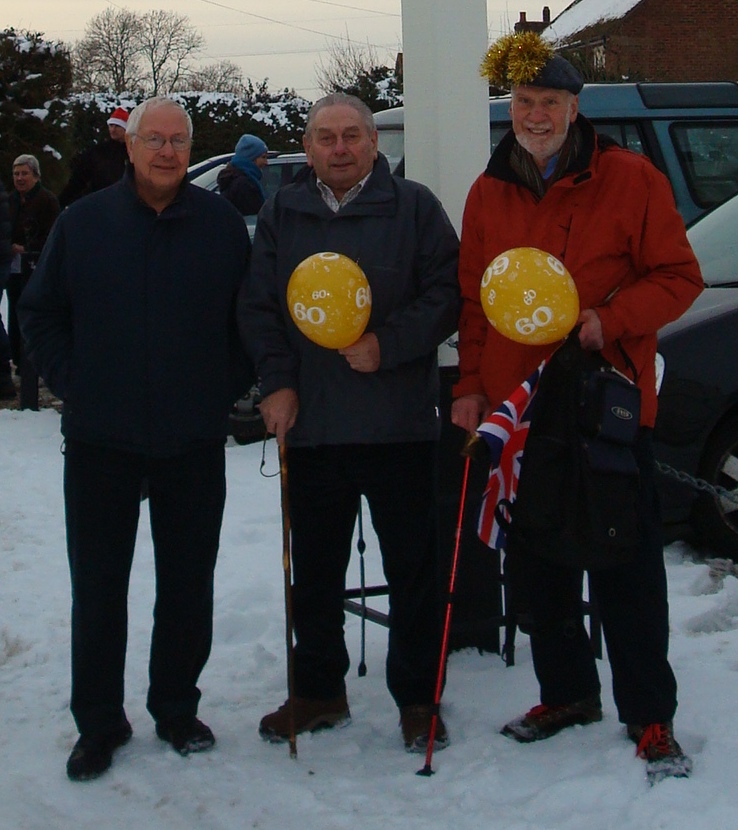 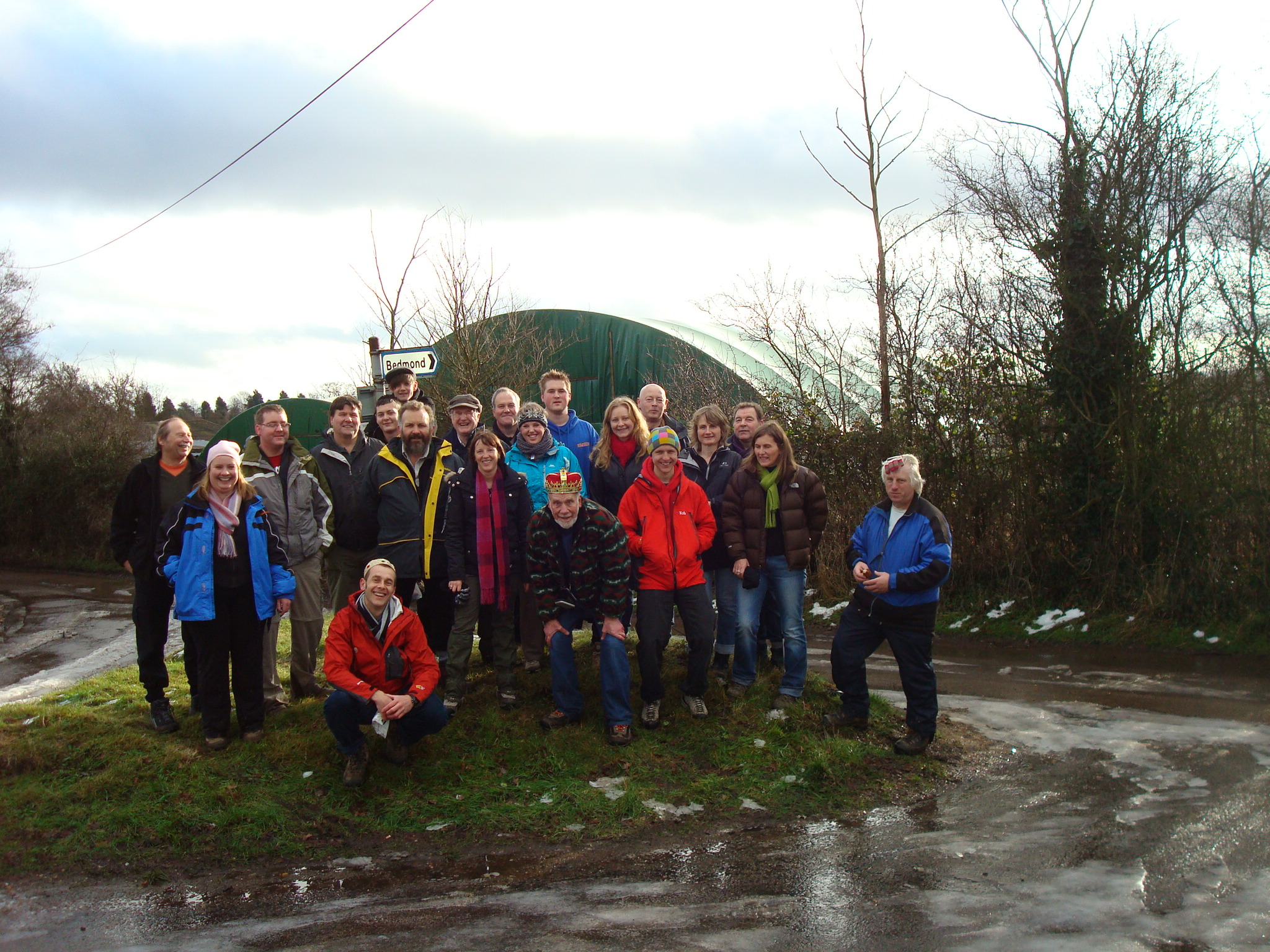 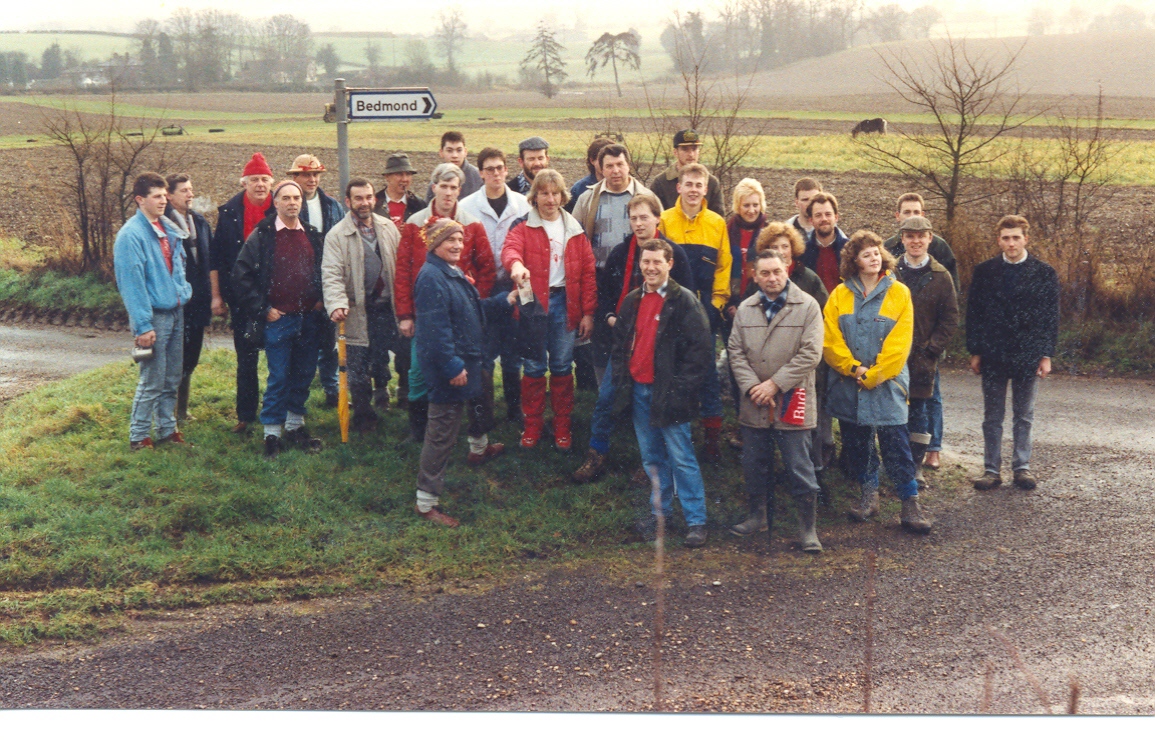 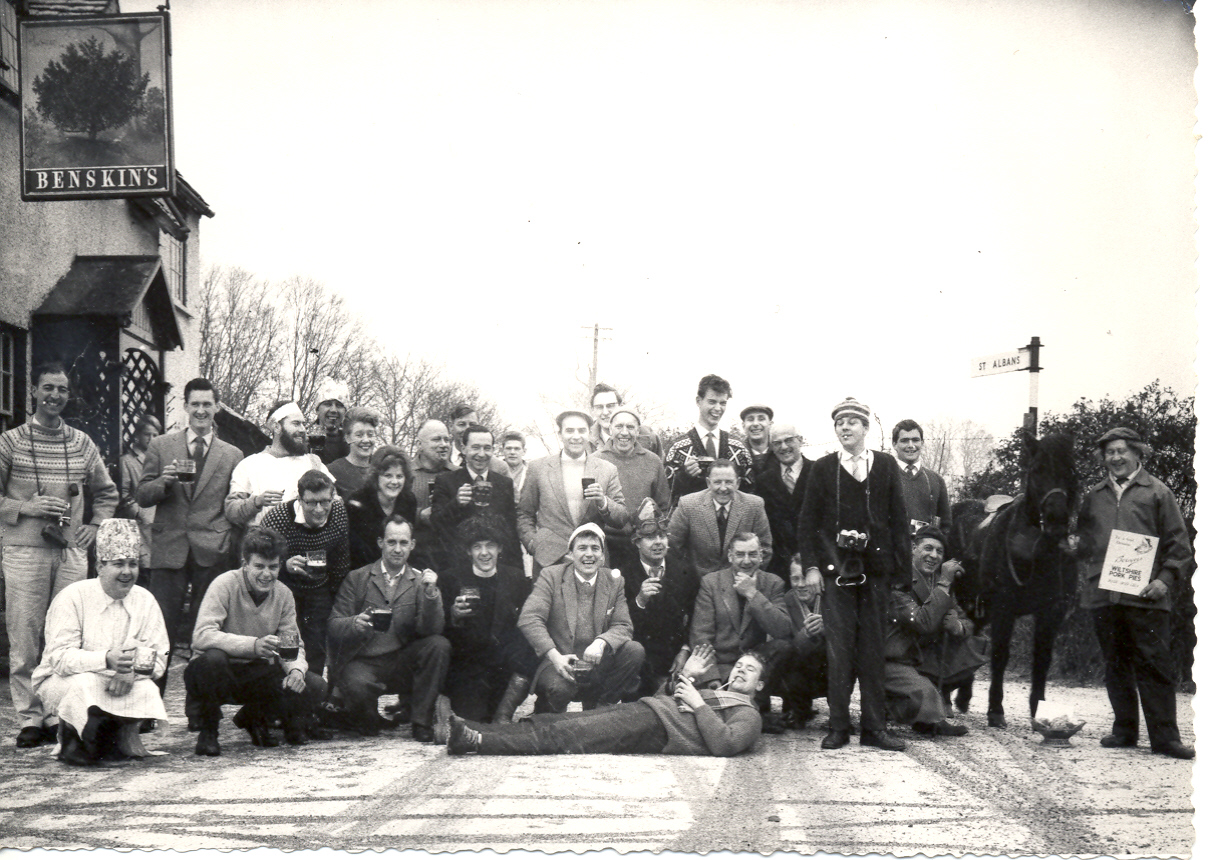 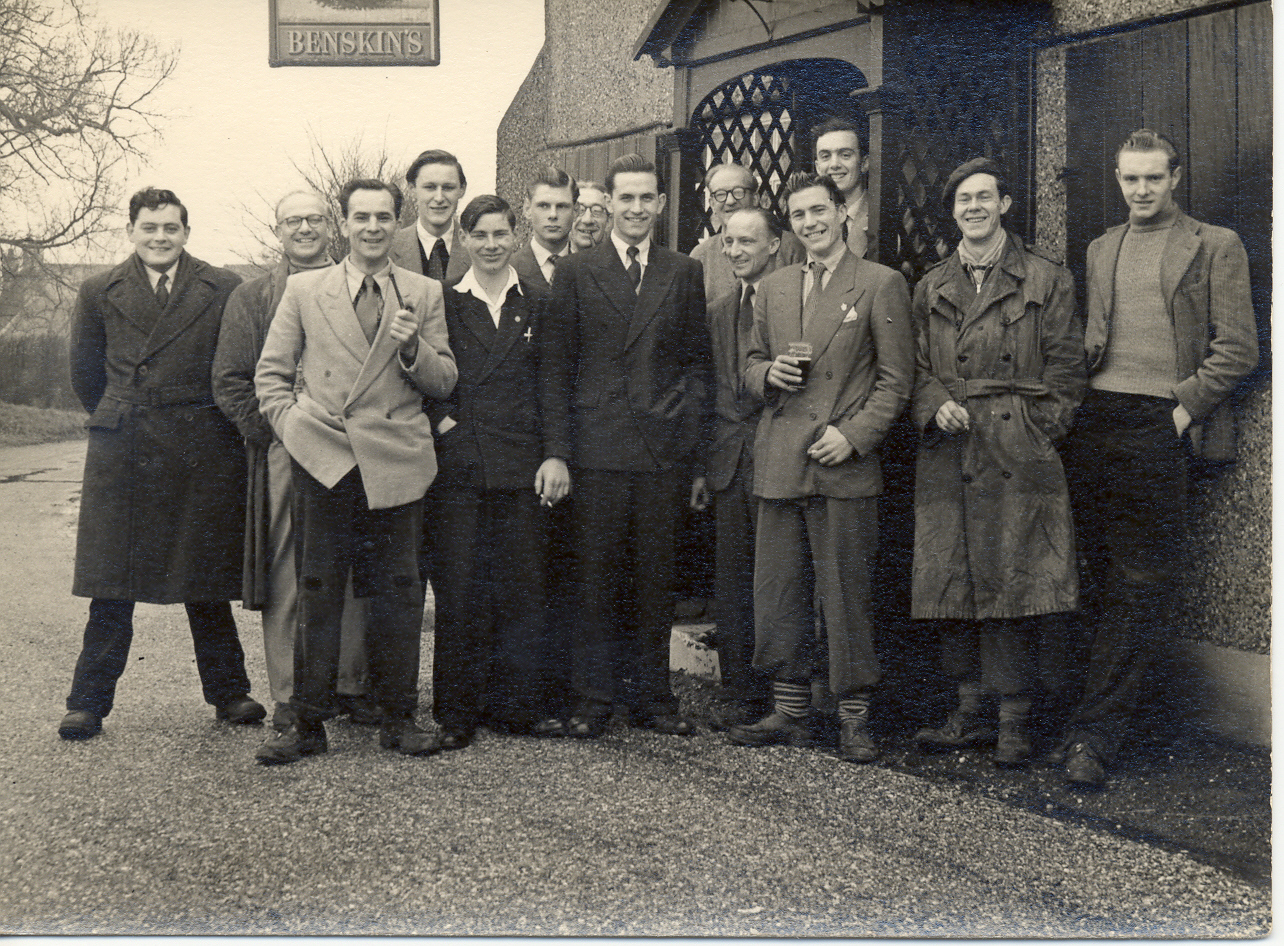